“Why don’t you introduce me to your wife?” “Does she have any sisters?”

Those are usually the comments I get from people when I tell them my wife bought me a Springfield Armory Loaded M1A for our 10-year anniversary. 🙂

I’ve always wanted one of these. I mean, how can you not? It’s a sexy gun that has a great place in American history. Add to that readily available ammo and sub-MOA capable accuracy, and it’s a no-brainer. 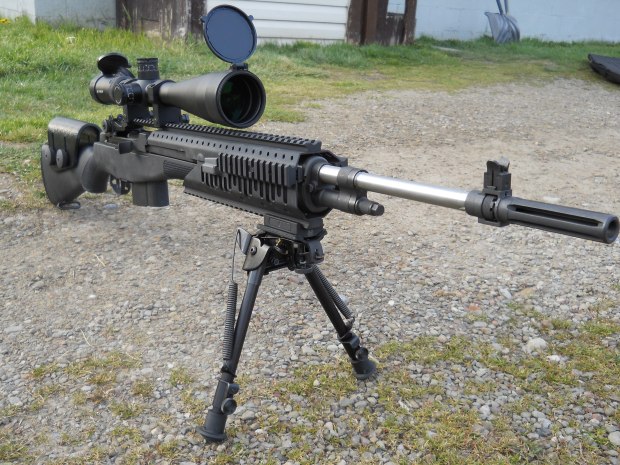 For those that don’t know, the M1A is the civilian version of the M14, which was a select-fire rifle that was standard issue for the U.S. military from 1959 to 1970, until it was replaced by the M16. However, the M14 is actually still in service in limited numbers with the Army, Marine Corps, Navy, Air Force, and Coast Guard as the Mk 14 EBR, M14 Tactical, or M14 DMR.

Without digressing too much, the main difference between an M1A and an M14 is the select-fire capability. The M14 can shoot full or semi automatic, while the M1A is semi automatic only. There are a couple of other minor differences, but I won’t go into them.

I won’t go into all the differences between each model, but the primary differences are barrel length, front and rear site, stock, and trigger.

The first thing I noticed when unboxing it was the look. This definitely looks like a rifle with a purpose, and it absolutely feels like a quality work of art. It comes with a black composite stock and a black Vltor custer rail for mounting optics, laser designators, etc. It also comes with a 10 round magazine, owners manual, and a “Department of the Army Field Manual.” Very cool. 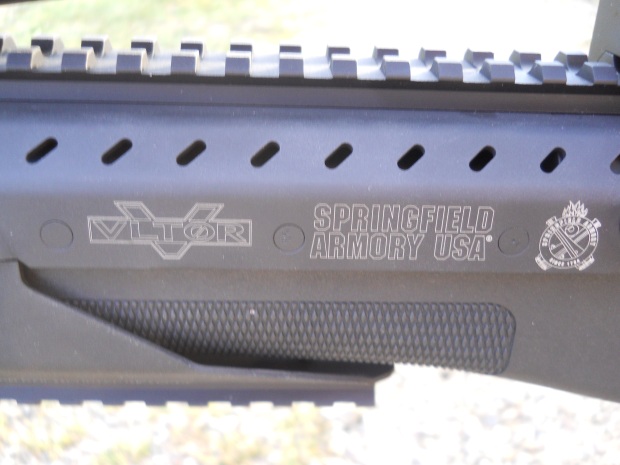 The second thing I noticed was the weight. This is no lightweight sporter rifle, that’s for sure. The rifle weighs 10.5-lbs without a loaded magazine, optics, sling, or anything else (when adding all of my “accessories,” it ended up weighing close to 14-lbs). I’ll guess I’ll be using the word “prone” a lot in my future.

My plan for this rifle is to practice my long range marksmanship skills over 500 yards, so a couple of things need to be added.

When searching for optics, I looked long and hard. After researching my different types of optics, It came down to two – the Vortex Viper PST and the Leupold Mark 4 LR/T. After carefully considering things such as magnification, quality, features, and price, I went with the Vortex. This scope is unbeatable for the price, and even stacks up well against rifles costing twice as much. I absolutely love it. 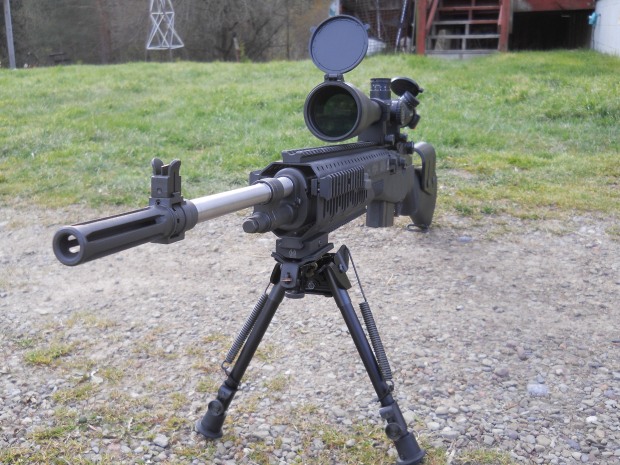 In addition to the Viper, I added a set of Leupold Mark 4 Super High Rings, a Harris “S” bipod, a GG&G picatinny bipod adapter, and a Desert Warrior Products cheep rest. An aftermarket cheek rest is absolutely critical on an M1A with a scope. Remember, these rifles were never meant to be used with optics, so without a cheek rest you’d be resting your chin on the stock. 🙂 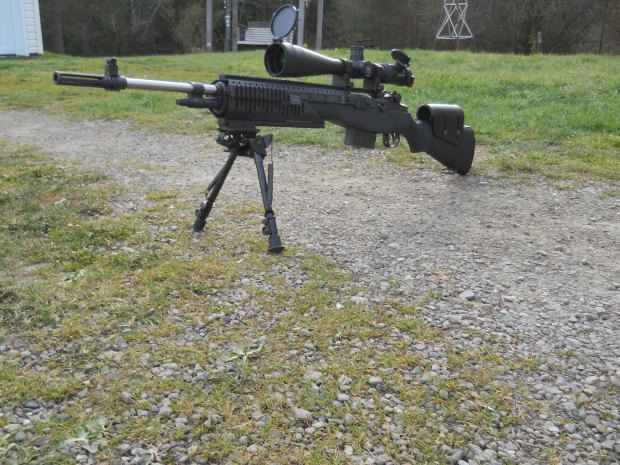 Even though I got the rifle more than a month ago, I FINALLY got a chance to do a bit of shootin’ with it yesterday. The only 7.62/.308 ammo I had was American Eagle 168 grain Open Tip Match (OTM). WOW, does this thing shoot like a dream! After zeroing my rifle at 100 yards, I went for a good grouping. As you can see, this rifle will definitely outshoot me any day of the week and twice on Sunday. 0.75” 3-shot grouping at 100 yards? I’ll take it! Combine that with the fact that due to the weight it’s a really soft shooter, and you have one of the best rifles I’ve ever shot. 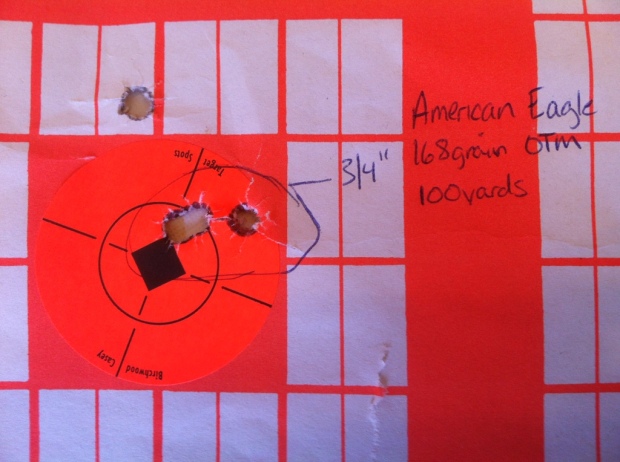 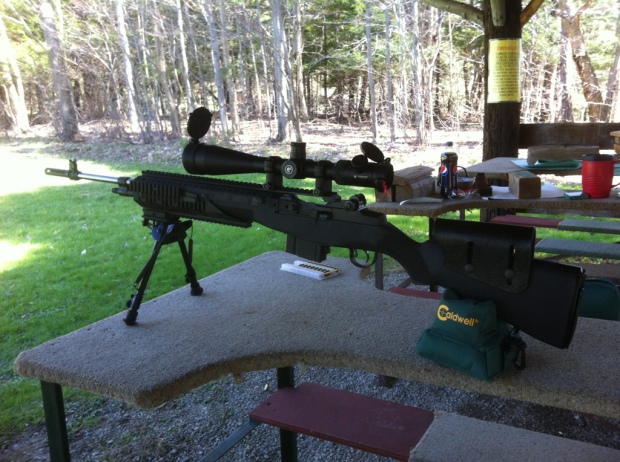 Simply put, I absolutely, positively, undeniably love this weapon system. It looks great, shoots great, and is American as the Corvette and apple pie. I want another one.

This entry was posted on April 9, 2012, 11:02 pm and is filed under Uncategorized. You can follow any responses to this entry through RSS 2.0. You can leave a response, or trackback from your own site.