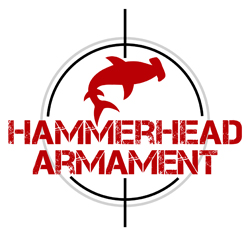 I’m not a man of many words, so this will be short and sweet.

We at Hammerhead Armament believe very deeply in our 2nd Amendment rights and our Constitution. The 2nd Amendment was put in place to protect the citizens from government tyranny; to essentially put the people on even ground with its government. The 2nd Amendment has nothing to do with hunting, skeet shooting, racquetball, baseball, table tennis, or bowling. We do not believe law enforcement and government officials should be granted access to firearms, ammunition, and magazines that its citizens can’t own as well.

With that being said, we will not sell or ship items to law enforcement or government officials in states, cities, or municipalities that can’t be owned by the citizens as well. In short, if we can’t sell a 30-round Magpul PMAG to a civilian in New York State, then we won’t sell it to law enforcement/government officials in that state either. A line in the sand has to be drawn somewhere, and we will take a stand to help fight against this attack on our rights.

We will, however, continue to offer a 5% discount to active duty/reserve/retired military, as well as military veterans.

I leave with you a quote I believe very deeply in.

“The rifle itself has no moral stature, since it has no will of its own. Naturally, it may be used by evil men for evil purposes, but there are more good men than evil, and while the latter cannot be persuaded to the path of righteousness by propaganda, they can certainly be protected by good men with rifles.”

This entry was posted on March 6, 2013, 1:00 pm and is filed under Uncategorized. You can follow any responses to this entry through RSS 2.0. You can leave a response, or trackback from your own site.